In my final project, I really wanted my wad to become an interactive space full of small, intimate surprises. However, this proved to be a little bit trickier than I initially anticipated. It was really difficult for me to figure out how to make my weapons so that when I water flowers, the flower “dies” and begins the dancing animation, but when I water the dog or the tree, there is no effect.

I was so happy, after staring at the shotgun class and reading ZDoom for a few hours, to find that this was possible with custom damage types. 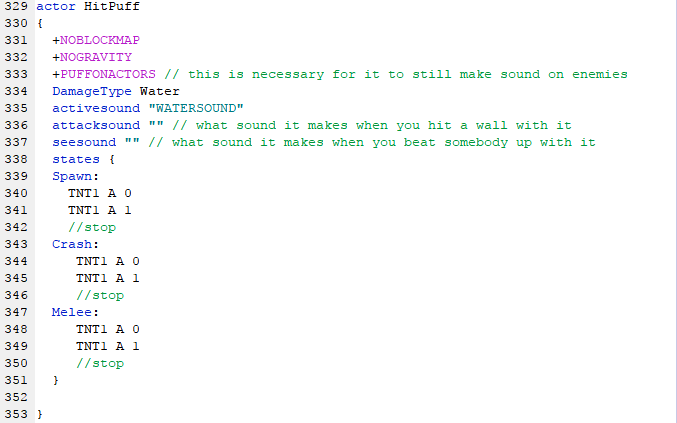 It wasn’t as simple as adding “Damage Type Water” to the weapon’s class, however. I figured out that the damage type and other things associated with the punching mechanism were handled by a flag called “A_Punch.” In order to change these things, I needed to use the flag “A_CustomPunch” instead and create a custom hitPuff, which you can see above.

Then, in an actor’s class, you can create different reactions/deaths to different damage types as you can see in the above example of a flower’s death animation.

As I was making and testing these changes, it became incredibly apparent to me that what I was creating was no longer just a wholesome environment.

I was modifying death animations so that when you water a flower “enemy” with your watering can “weapon,” the flower starts to dance rather than die. Or the dog, a modification of the demon, goofily wobbles around and follows you of of a need for love rather than out of a desire to kill.

I was taking over this extremely violent and masculine game and turning it into something very gentle and feminine.

Especially as a woman in tech, re-purposing this game in this way meant a lot to me. Being involved in a space where I sometimes feel small and unseen, games that make me feel just as important and powerful as everyone else are special. 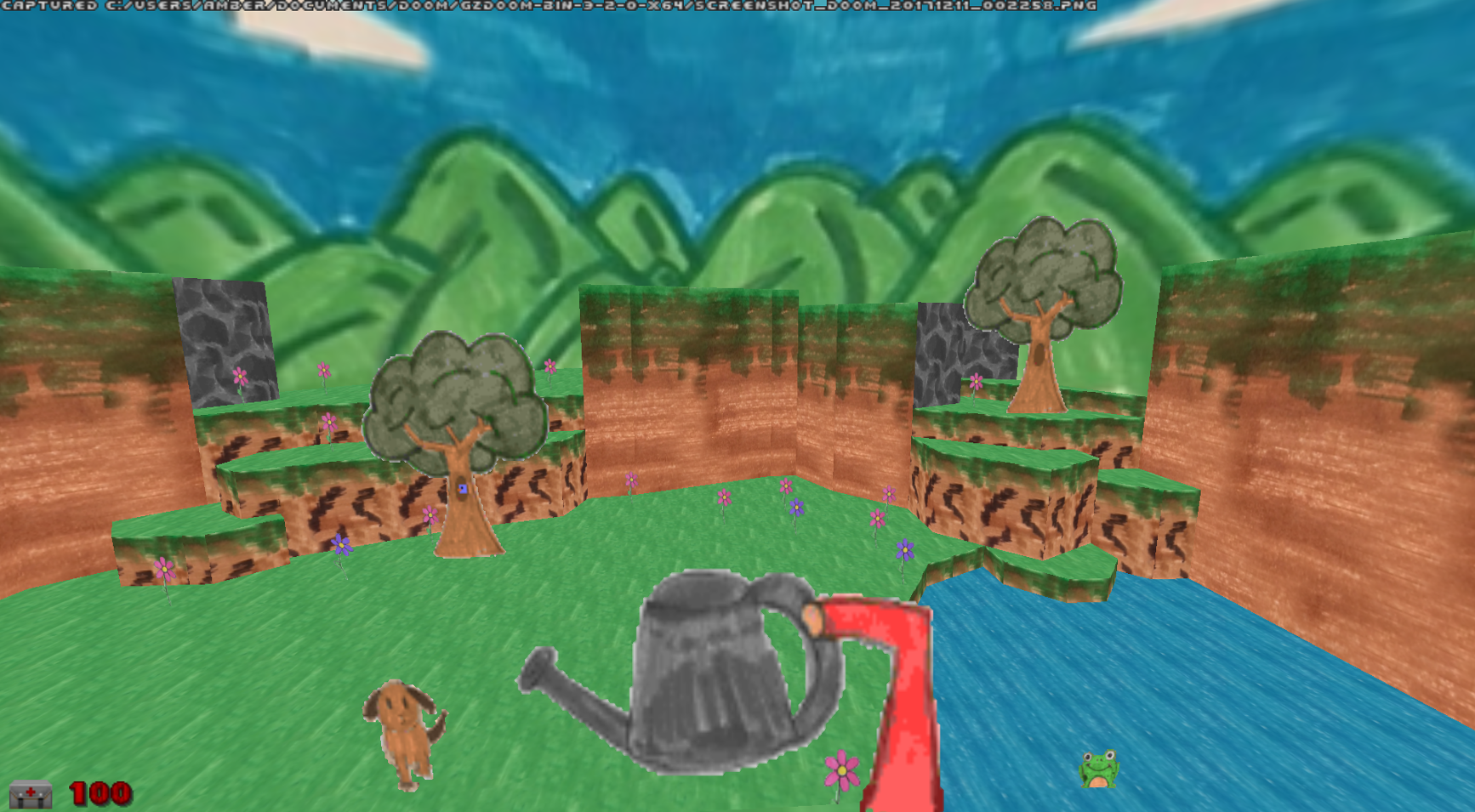 Kill ‘Em With Kindness has become my way of saying, “Yeah, I belong here.”